Time has come for the new Malaysian students in France to prepare for the trip! Some of them participated in the pre-departure briefing organized by the Malaysia-France University Centre (MFUC) on August 13, to get ready to join their French university in September. Among those students, six will be studying in France thanks to two new scholarship programs supported by the French Embassy in Malaysia and the Islamic Development Bank (IsDB). For the coming academic year, this represents more than 280 000 ringgits dedicated to the mobility between Malaysia and France. 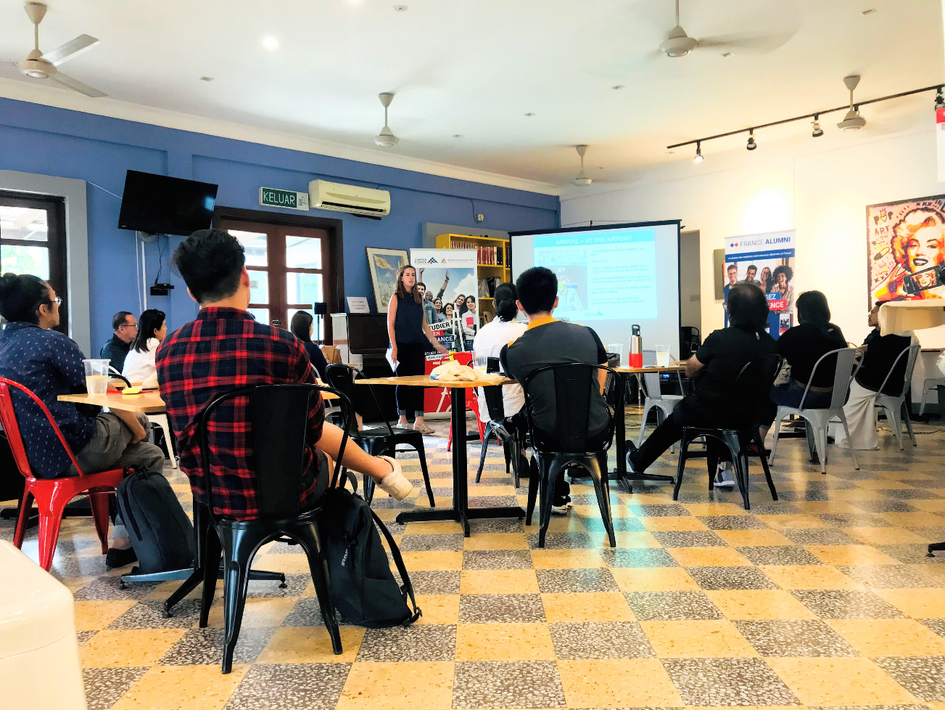 University cooperation between Malaysia and France was launched almost 50 years ago, as a technical and cultural cooperation agreement was signed in 1972. Enhanced and diversified over the years, this cooperation is now strongly supported by the Malaysia-France University Centre (MFUC), a bilateral body created in 2006 under the authority of the Malaysian and French governments.

Launched during the Movement Control Order (MCO) in April and May 2020, those two new programs offer scholarships to Malaysian students pursuing bachelor and master studies in French universities. Calls for applications have the ambition to be published on a yearly basis. 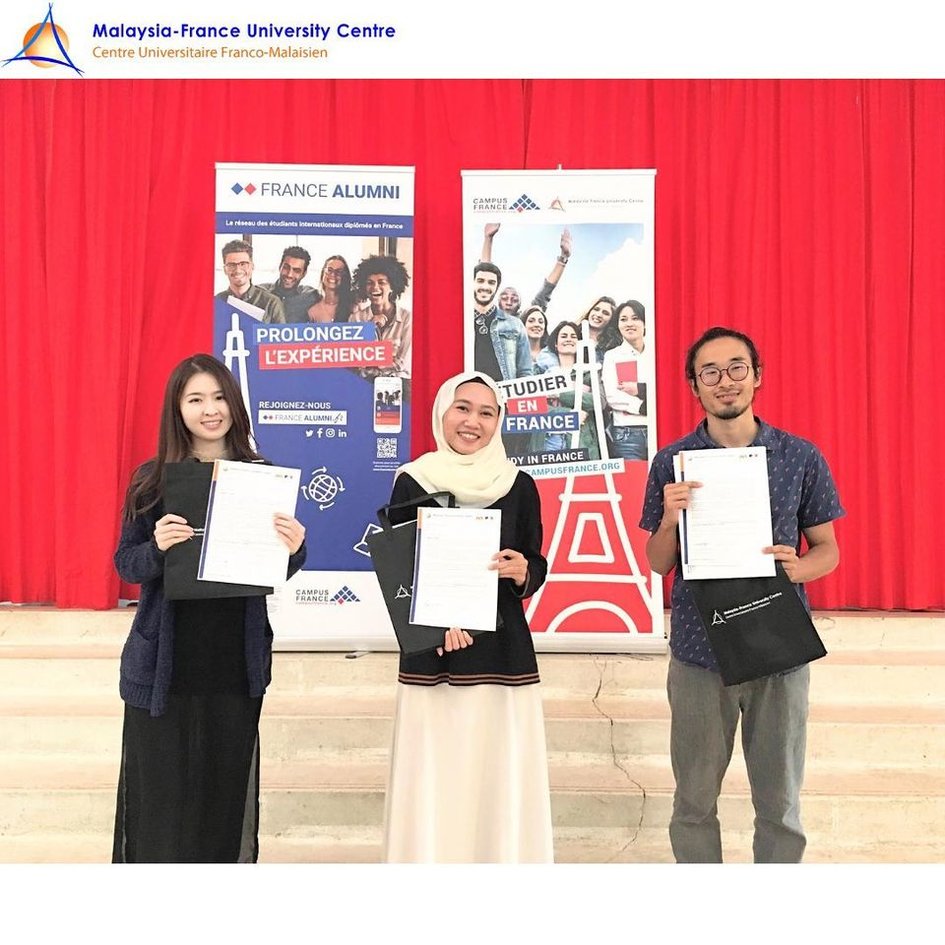 Three laureates of the MFUC Master Scholarship program during the pre-departure briefing organised on August 13, 2020.

In 2020, six candidates have been selected. Kah Yan Pong, Annie Poh Yee Chi, Hui Min Leow, Nurul Zulaikhai Azmi Murad, Chua Aslina An Ping and Muhammad Issul Azri Bin Zainol Azman will benefit from the opportunity to study in France in some of the most renowned institutions, according to the 2020 Shanghai International University ranking. Their fields of study are diverse and include accounting and finance, nutrition and public health, performing arts, French as a foreign language, medicine and computer science.

The French Ambassador to Malaysia, His Excellency Frédéric Laplanche, commented that “the development of these two scholarship programs will highly contribute to the structuration of the academic cooperation between France and Malaysia and should stimulate further the exchanges of students between our two countries. These programs complement the Hubert Curien Partnership “Hibiscus” (PHC Hibiscus) whose objective is to strengthen the scientific research cooperation and supports bilateral mobility of young researchers.”

This first edition of the scholarship programs is a real success. Until the next call for submissions next year, we wish all the best to the laureates in their new adventure…