Overview of French language in Malaysia

The French Embassy strongly supports the policy of the Government of Malaysia in its aim to widely increase the number of pupils attending French courses.

English and Malay are the medium of teaching in public education, and in some schools, it happens to be Mandarin or Tamil. Some international languages can be chosen as an elective course in most schools. Pupils can choose between Japanese, French, Korean, Arabic and German. 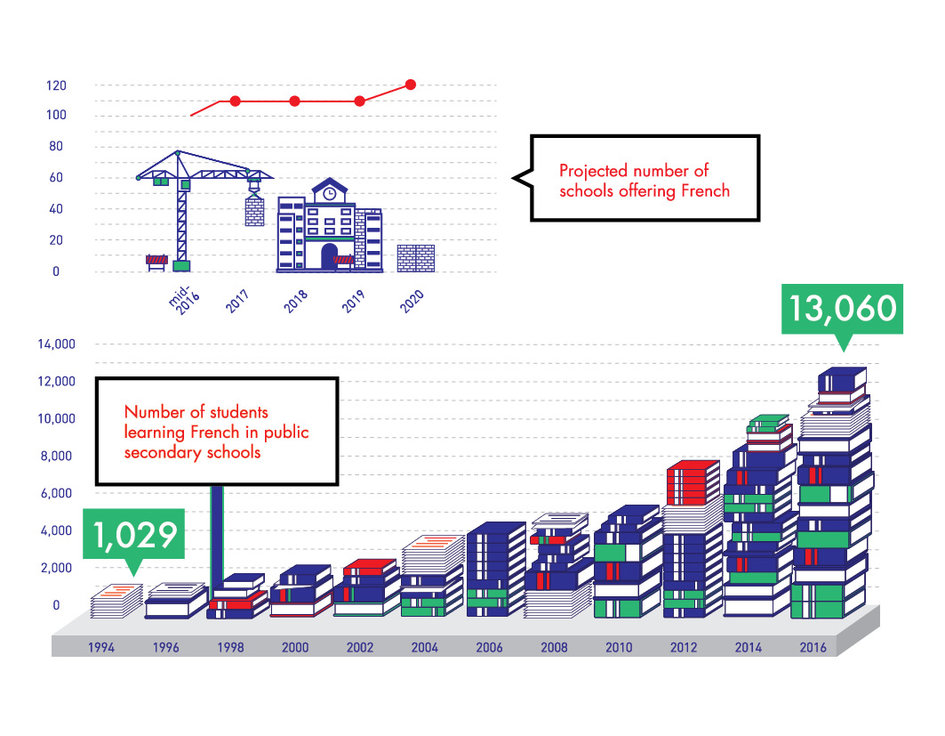 Pupils who chose French will study the language for 5 years at the end of which they will reach an A2 level. Their level is assessed by the DELF scolaire, a diploma on French Language adapted for pupils. This diploma evaluates the four communication skills: listening, speaking, reading and writing. Delivered by the Ministry of Education in France, it is a worldwide recognised diploma. Nearly 3000 students from public secondary schools sat for the exam in 2019, a figure that has been stable for 4 years.

In higher education, French is taught in different contexts.

In total, it is about 30 universities, colleges and institutes which offer French courses.