French language, a window to the world for Malaysia

With more than 13060 students learning French in secondary public school in 2016 in Malaysia (compared to 5449, 5 years ago), and more than 3500 students in Higher Education (2600 in 2010), French language confirms its asset as global language that allows to travel, study abroad, work in international organisation, make business in new emerging countries.

The main activities will focus this year on education, music, dance and gastronomy in several venues. An important Malaysian and international audience is expected as French language as never been so topical in Malaysia. 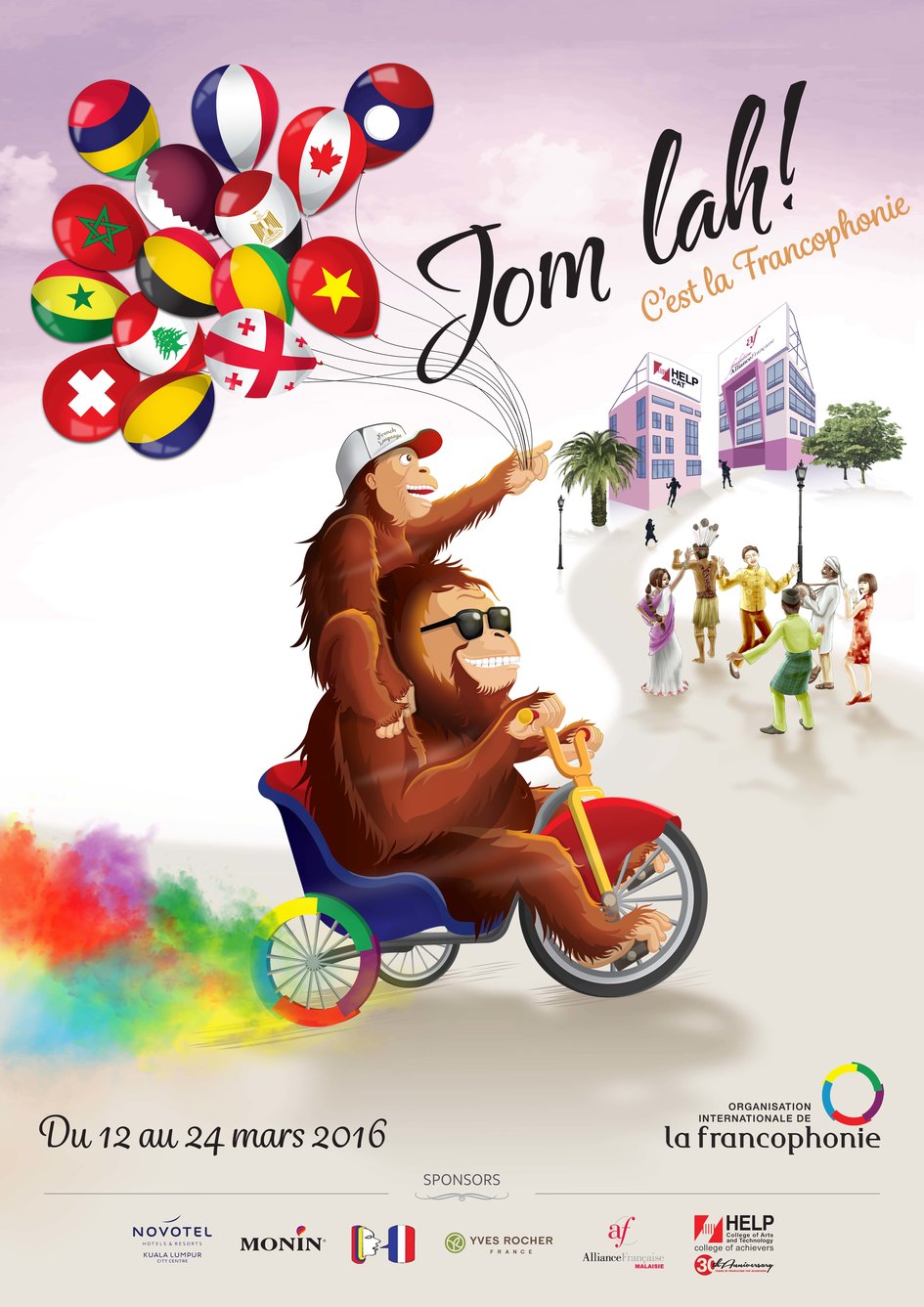 In fact, the International Organisation of La Francophonie (OIF) represents one of the biggest linguistic zones in the world. Its members share more than just a common language. They also share the humanist values promoted by the French language such as peace and sustainable development. Its mission is to embody the active solidarity between its 80 member states and governments (57 members and 23 observers), which together represent over one-third of the United Nations’ member states and account for a population of over 890 million people, including 220 million French speakers (770 million speakers estimated by 2050)

Taught in education systems worldwide, it is the second most widely learnt language after English, with almost 120 million learners and half a million teachers abroad. Since 2012, 91 schools in non-French speaking countries have implemented a bilingual curriculum and it is growing worldwide due to the increasing demand of the parents for French bilingual education.

It is a tool of international communication, serving as a working language in African, European and multilateral forums (e.g. UN, WTO, OECD, ILO) and the third most widely used language on Facebook and Wikipedia.

This year, the 85 malaysian secondary schools (see list in annex) offering French have been invited to participate to an Instragram competition (@jomfrancais) “the little Ambassadors of French speaking countries”. An award ceremony gathering 600 students will be held at HelpCat on the 22nd March. So Jom French !

Concert of WAB « Fruit of the Loop » French music / Beatboxing

Night at the Museum Conference and visit in French

Tuesday 22nd March From 10am until 5.30pm French Language Day

600 students from schools in Malaysia will gather for short movies’ screening from several countries (Egypt, Canada, Switzerland, Belgium, Mauritius, Morocco), quiz and award ceremony. A competition has been launched on Instagram (@jomfrancais) to involve the increasing number of students learning French in schools and universities in Malaysia. This year, exceptionally, from 5.00 until 5.30pm, a talk will be organised to invite students to ask questions to Ambassadors. The High commissioner of Mauritius and the Ambassador of Belgium have already confirmed their participation.