Home > FRANCE IN MALAYSIA > Newsfeed > Inauguration of the Mousquet memorial

Inauguration of the Mousquet memorial [fr]

The inaugural ceremony of the Mousquet memorial was held in Penang, on Thursday, 9 April 2015 in the enclave of the Church of the Assumption.

The Mousquet is a French light torpedo launcher sunk in Penang waters on 28 October 1914 after meeting a German cruiser, the Emden. The construction of the memorial coincides with the centenary ceremonies of the First World War. It honors the memory of 43 French and Vietnamese sailors who perished during the "Battle of Penang." 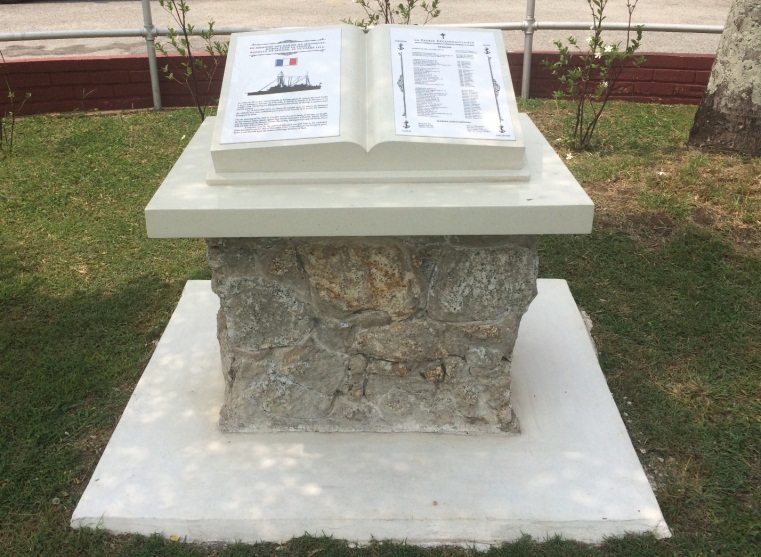 Memorial, a brainchild and designed by architect Edmond Khoo Boo Hean. It is installed in the garden of the Church of the Assumption, Georgetown. This is the first monument in Malaysia dedicated to French soldiers killed in the two world wars. 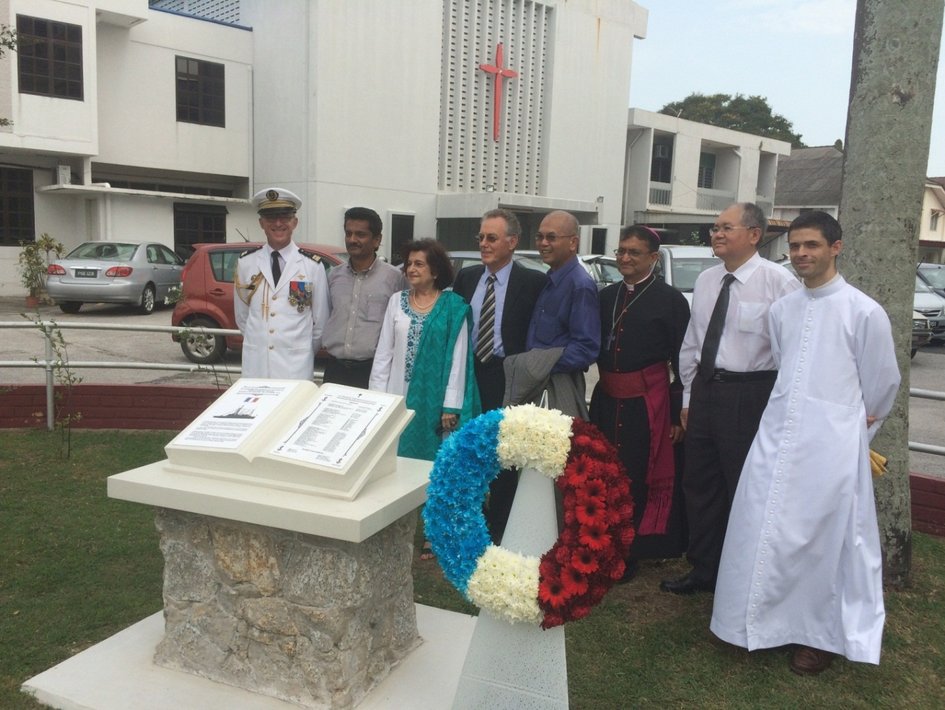 The ceremony was attended by forty people including:

The Director of the Alliance Française of Penang, Mr. Rahime Bouaziz

Dr. John Robertson, author of "The Battle of Penang."

While the Marseillaise rang, a wreath in the colors of France was placed at the monument by the Navy Captain Pierre Mesnier.

A reception was later organised in the premises of the Alliance Française of Penang where Dr. John Robertson conducted a historical reminder of the battle.