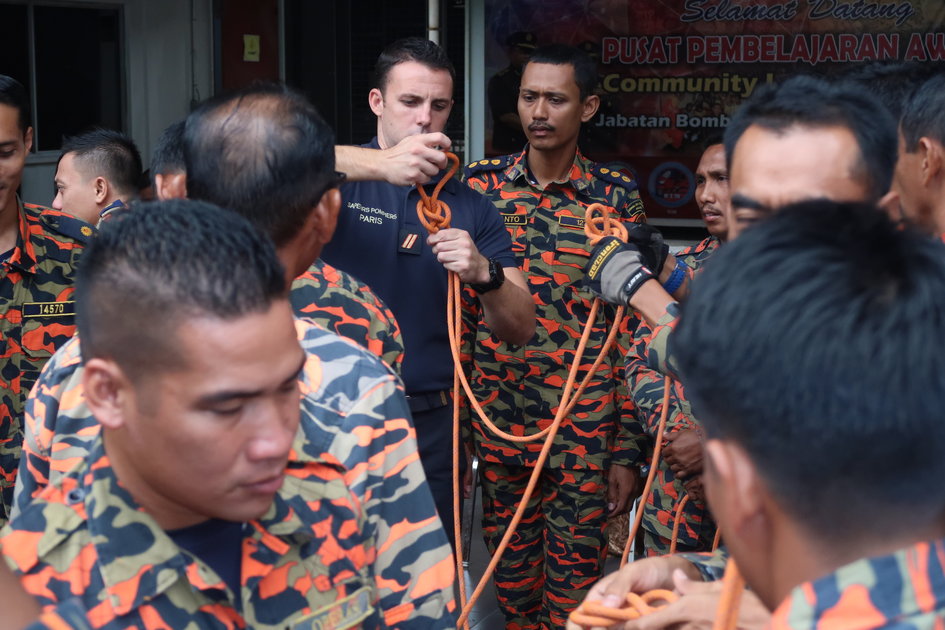 This programme took place at the Hang Tuah Station and was conceived by the Fire and Rescue Department of Malaysia. It consists of learning the French know-how when it comes to search and rescue operation for people trapped in the rubble after a terrorist attack, a landslide or a gas explosion. The teaching was based on the UN reference documents to facilitate the learning. 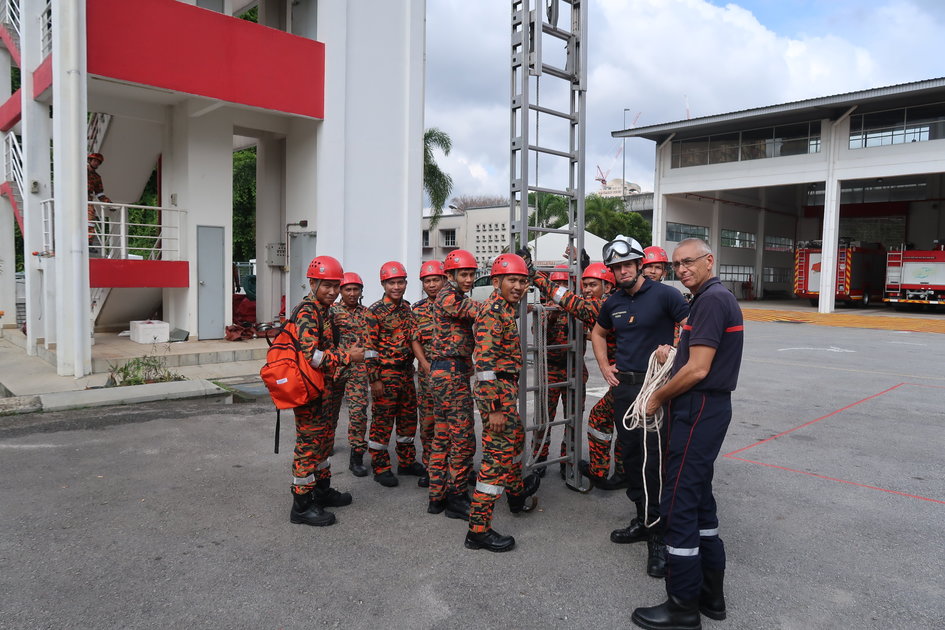 The course occurred under the direction of the Controller General, Eric Peuch, Regional Counselor for the Civil Protection of the MEAE who is based in Singapore. Two French experts were also present. Firefighters from Paris and the Bouches du Rhône gave a complete theoretical and practical training with available equipment from Malaysia.

26 officers, mostly chief officers of the rescue centres or responsible of the trainings from different states in Malaysia participated enthusiastically to learn from the French trainers. They are all part of the Special Tactical Operation and Rescue Team of Malaysia (STORM) which specialises in hazardous rescues.

Cooperation between France and Malaysia in this sector dates back to the Highland Towers incident happened in 1993 where 48 lives were lost. A detachment of firefighters were sent to help their Malaysian counterparts.