Did you know that France is the 3rd largest producer of animation films in the world behind USA and Japan? And did you know that The Minions were partly created in Parisian studios?

Come and discover the very best of the French creativity in terms of animation at alliance Française de Kuala Lumpur in October! This year, AFKL is participating the 15th edition of the Animation Films Festival, a French event organised everywhere in France and around the world, with a talk and screenings of short and long-films for kids and adults.

The Alliance Française de Kuala will present a very special evening dedicated to French and Malaysian animated film industry. Besides screenings and talks, specialists of animation films and video games will exchange on the characteristics of French and Malaysian animated films during a panel discussion. Hassan Muthalib, artist, animator, film director, writer and specialist of Malaysian cinema will moderate this round table.

Kid’s Saturday Saturday 22 October, 9:30am-5pm 4 sessions of 1 hour each For one day, 4 to 10 y.o. kids can discover Animation cinema through screening of short and long films, in French with English subtitles or silent movies.

Session 4: 15H30-17H00 :Film Gus, the yellow bird, by Christian De Vita, 2015, 1h31. In French with English subtitles Darius, the oldest bird of the flock, got injured just before the departure for the big migration. He has to find someone to replace him and to give him all the secrets and details of this great adventure. He choose Gus, our hero, excited to visit the world… but not migratory at all as he’s been raised by a ladybird…

Adama, young boy of 12, lives in an isolated village in West Africa. One night, his Elder brother Samba disappears. Even if the Ancients forbade it, Adama, well determined, decides to search for him. From child, he will become a man through a quest that will lead him across the seas, up north, until the battle front of the First World War. We are in 1916. 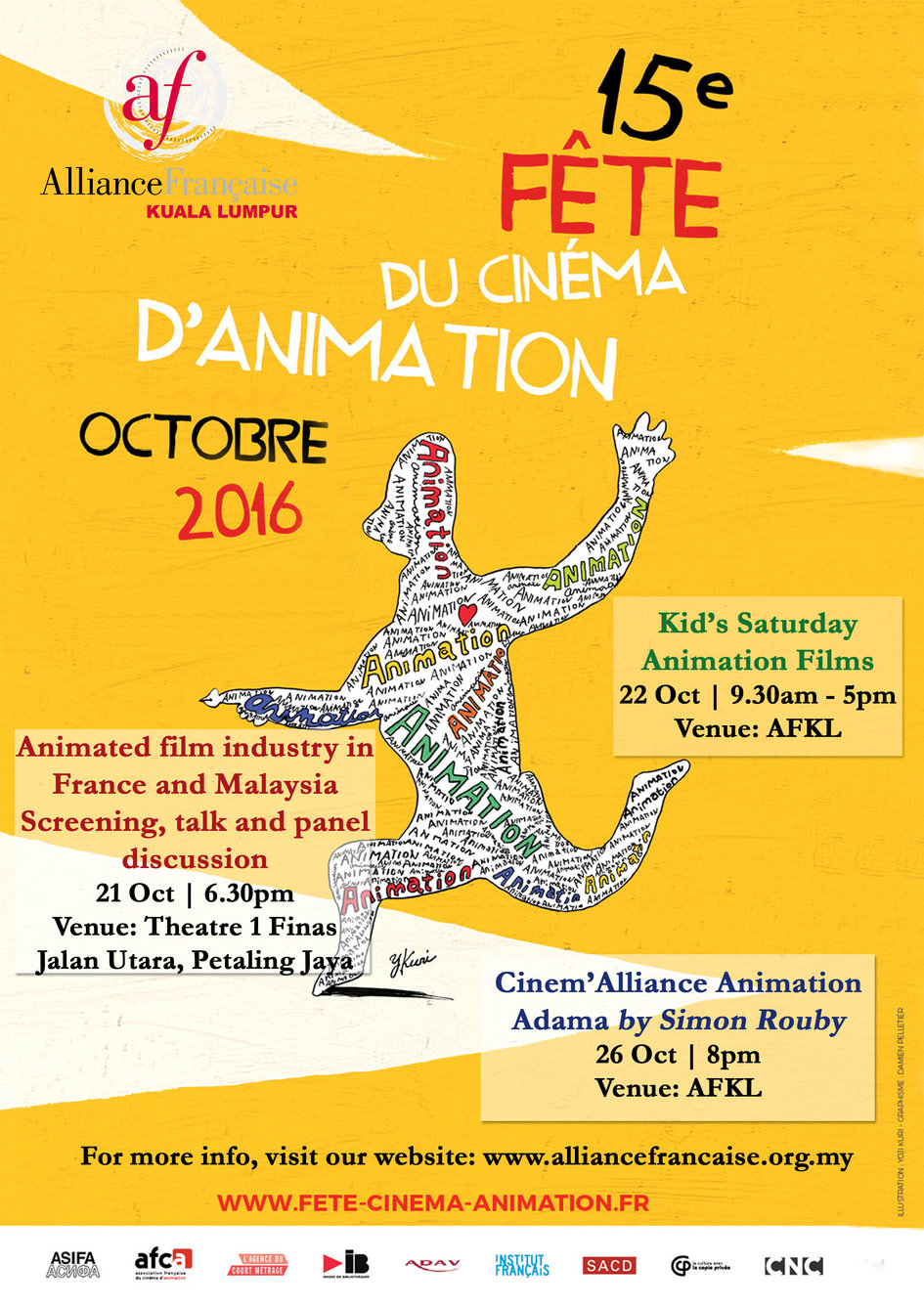